Here is a little sample of the work I did for the Sky's Christmas Special last year.
I'll begin with the coffins, there were 9 in total a few in leather and the rest in "lead".
I built both types around a wooden structure. The leather was faux of course. It involved heavy ageing. I did up a small sample and showed it to John Hand the designer and Lesley Oakley the Art director. I went for the idea of normal wear and tear plus rusty tacks and salt leaching leather, they liked the effect so I got going... 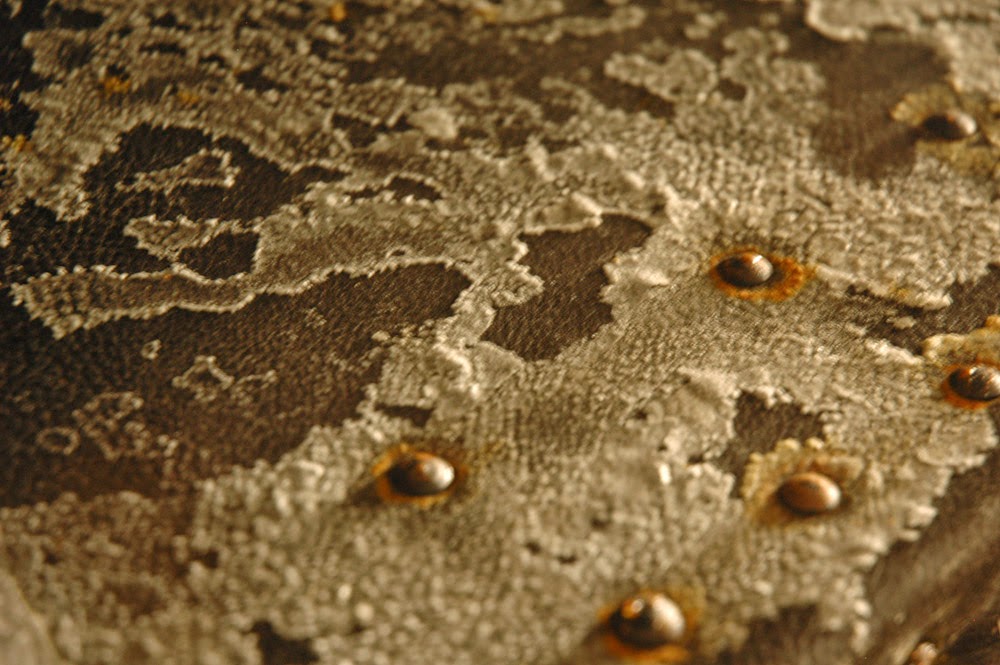 It looked great but the initial process had a problem...
The location that the scene was being shot was very humid and my lovely crusty salt effect was dissolving! This was something I should have allowed for, I had assumed it would be shot in a studio under hot lights.
I went to location the day before shoot and replace some of the leaching effect with a paint job. It was OK but not as nice as the original bloom. 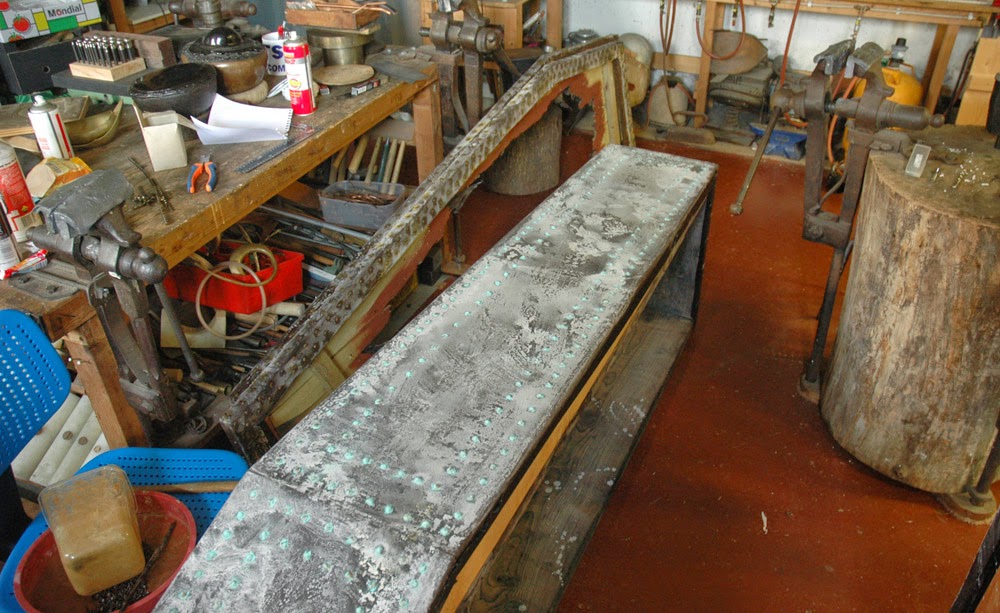 Included among the coffins was Black Beards coffin. Our hero has a brush with it and it needed a breakaway lid. I built two lids for this, one solid and one with a central section that would drop away for the take.
I did a bit of worm eaten wood texture to justify the weakness of the lid. 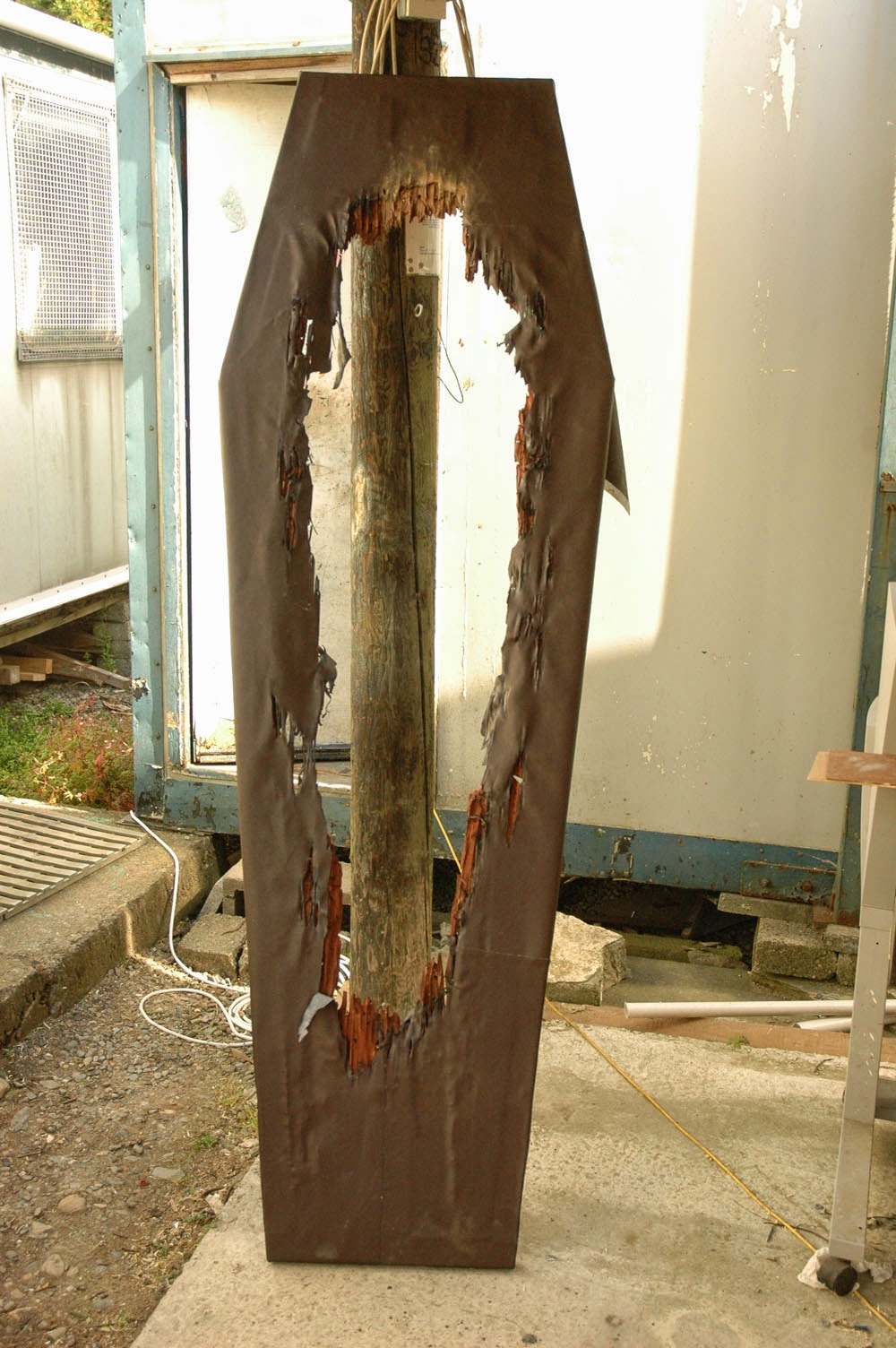 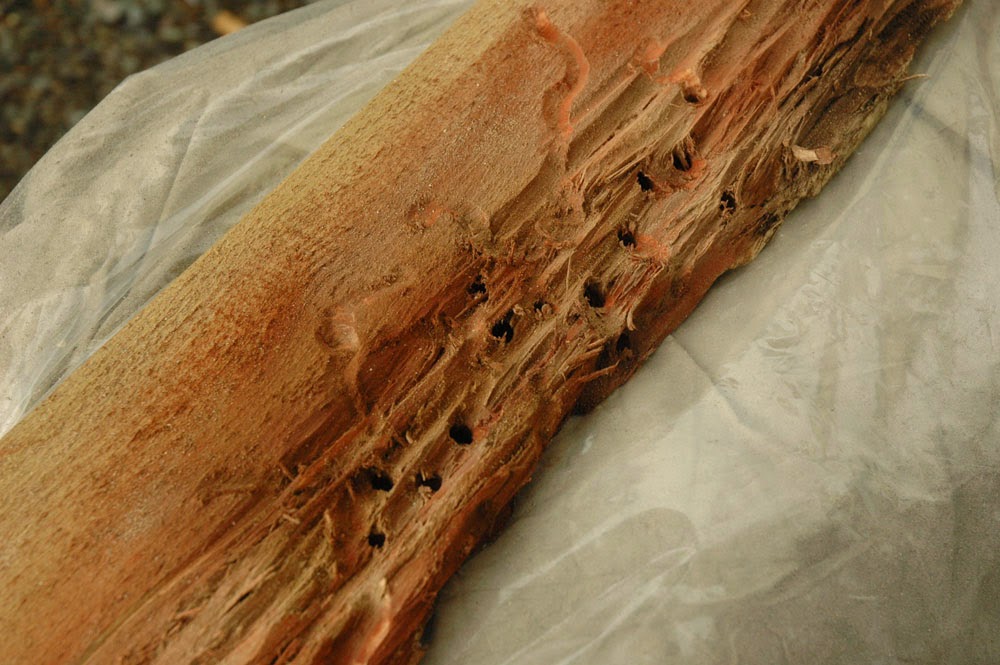 Black Beard himself makes an appearance too. This corpse was built around an existing skeleton. I used the low tech but very effective latex and tissue paper method here. One of the important things was to cover the structure holding the joints together on the skeleton. I did a little anatomy research and chose a few large tendons and muscles that I could copy to camouflage the joints.
I assumed Black Beard had one good eye and not many good teeth by the time he croaked.. 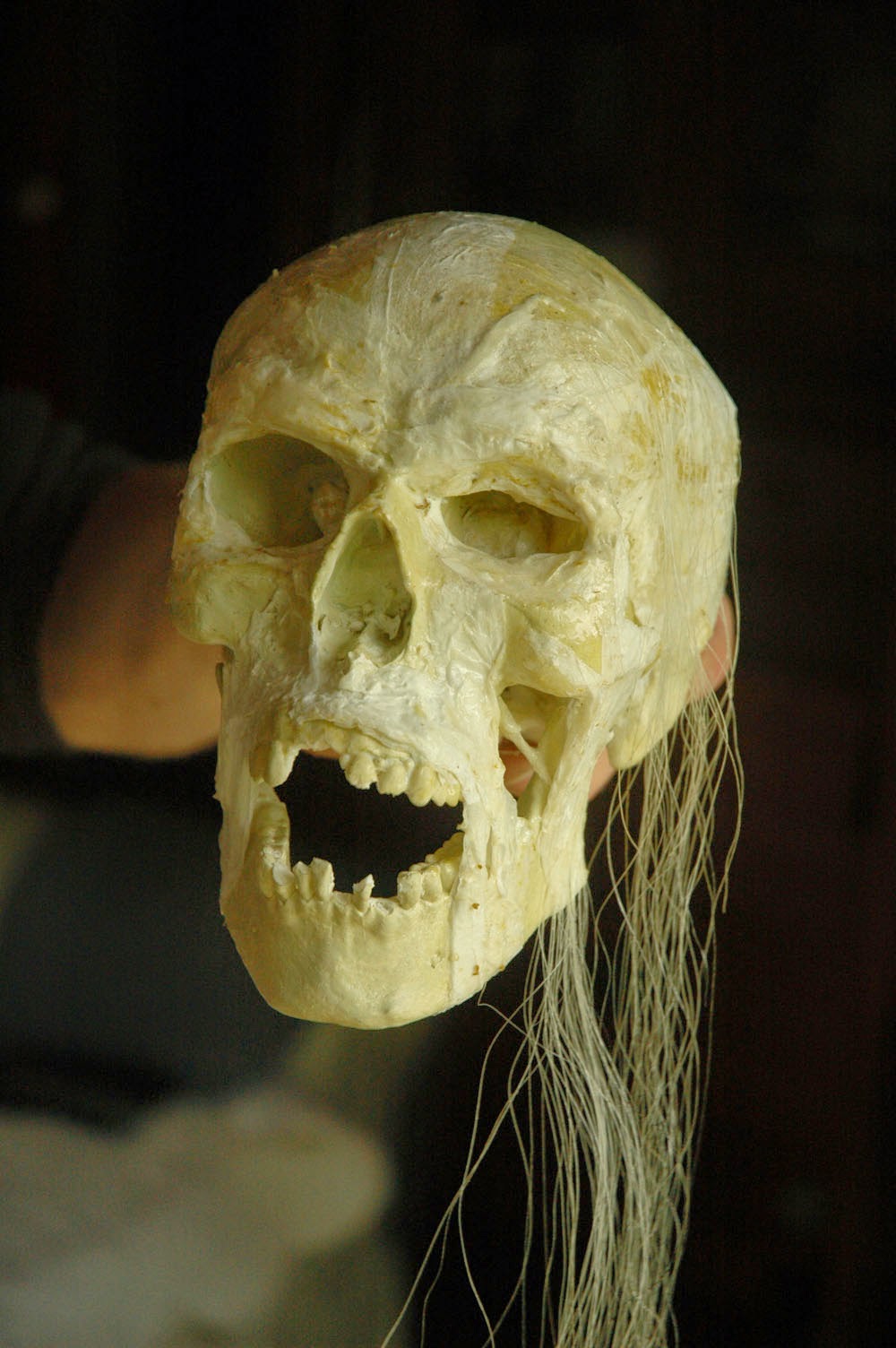 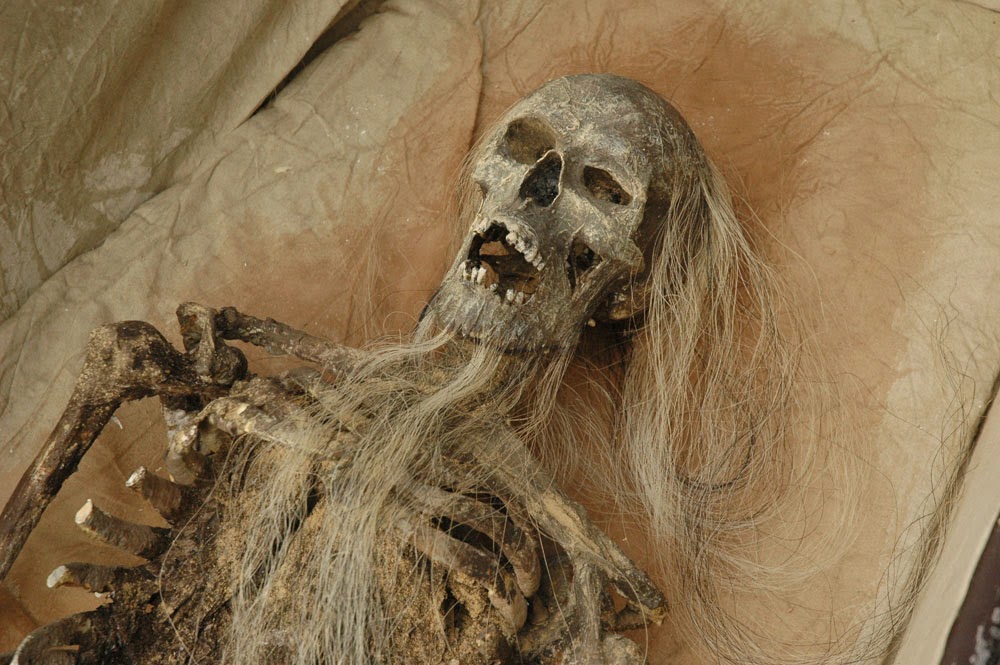 Incidentally, the hair used here is from a horses mane!

Onto the lead coffins. They are not lead but .5mm aluminium. I crumpled it a bit before I began applying it to the form. I was interested in the possibility of making the coffins look heavy. So I bulged the metal at the bottom edge to give it the look of years of sagging. The finish is iron paste and white oxide powder pigment.
If I was to do this again I would do some water streaks running down the sides, it would look great. 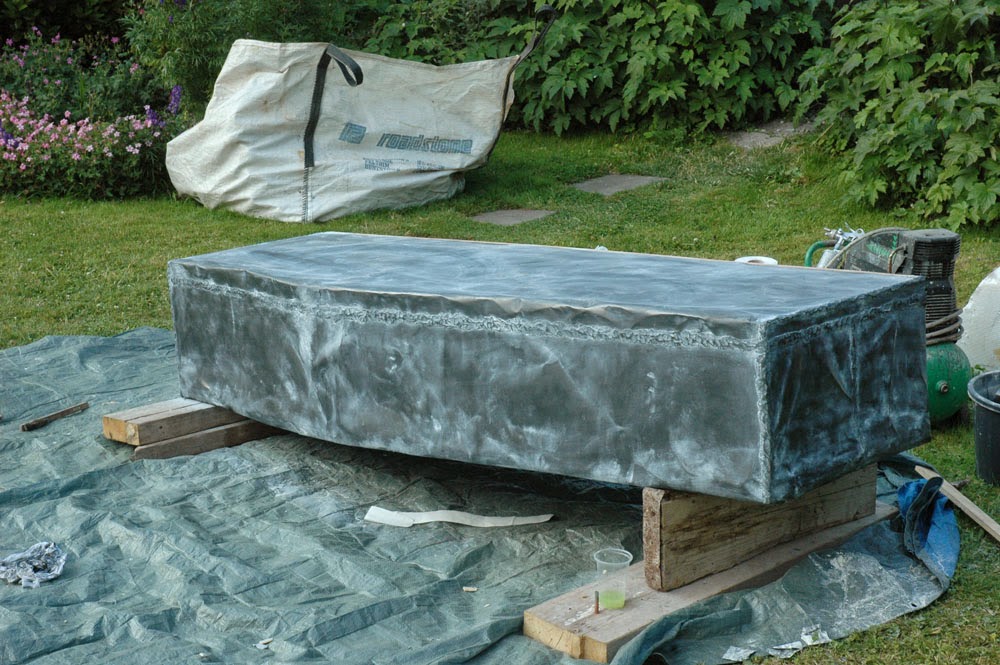